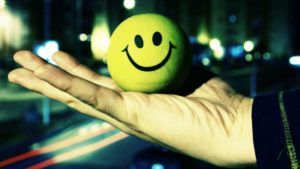 Our gut does more than help us digest food; the bacteria that call our intestines home have been implicated in everything from our mental health and sleep, to weight gain and cravings for certain foods. This series examines how far the science has come and whether there’s anything we can do to improve the health of our gut.

The gut microbiota is the community of bugs, including bacteria, that live in our intestine. It has been called the body’s “forgotten organ” because of the important role it plays beyond digestion and metabolism.

You might have read about the importance of a healthy gut microbiota for a healthy brain. Links have been made between the microbiota and depression, anxiety and stress. Your gut bacteria may even affect how well you sleep.

But it can be difficult to work out exactly how far the science has come in this emerging field of research. So what evidence is there that your gut microbiota affects your brain?

How does your gut talk to your brain?

When you’re healthy, bacteria are kept safely inside your gut. For the most part, the bacteria and your gut live in harmony. (The gut has been known to nurture or even control the behaviour of the bacteria for your well-being.)

So how do the bacteria get their signal out?

The best evidence is that the normal channels of communication from your gut are being hijacked by the bacteria.

The gut has a bidirectional relationship with the central nervous system, referred to as the “gut-brain axis”. This allows the gut to send and receive signals to and from the brain.

A recent study found that the addition of a “good” strain of the bacteria lactobacillus (which is also found in yoghurt) to the gut of normal mice reduced their anxiety levels. The effect was blocked after cutting the vagus nerve – the main connection between brain and gut. This suggests the gut-brain axis is being used by bacteria to affect the brain.

This link was clarified in a study where bacterial metabolites (by-products) from fibre digestion were found to increase the levels of the gut hormone and neurotransmitter, serotonin. Serotonin can activate the vagus, suggesting one way your gut bacteria might be linked with your brain.

There are many other ways gut bacteria might affect your brain, including via bacterial toxins and metabolites, nutrient-scavenging, changing your taste-receptors and stirring up your immune system.

How can the gut affect your mental health?

Two human studies looked at people with major depression and found that bacteria in their faeces differed from healthy volunteers. But it’s not yet clear why there is a difference, or even what counts as a “normal” gut microbiota.

In mouse studies, changes to the gut bacteria from antibiotics, probiotics (live bacteria) or specific breeding techniques are associated with anxious and depressive behaviours. These behaviours can be “transferred” from one mouse to another after a faecal microbiota transplant. Even more intriguingly, in a study this year, gut microbiota samples from people with major depression were used to colonise bacteria-free rats. These rats went on to show behavioural changes related to depression.

Stress is also likely to be important in gut microbiota and mental health. We’ve known for a long time that stress contributes to the onset of mental illness. We are now discovering bidirectional links between stress and the microbiota.

In rat pups, exposure to a stressor (being separated from their mums) changes their gut microbiota, their stress response, and their behaviour. Probiotics containing “good” strains of bacteria can reduce their stress behaviours.
Read more

See our fermented foods from our Kartheins brand that can help you improve your health.

The Science-Backed Health Benefits Of Probiotics

Fermented Foods Are No Fad

Fermented Foods Are No Fad